Banking Business Models Monitor 2015 – A Platform to Build Upon

Banking Business Models Monitor 2015 – A Platform to Build Upon 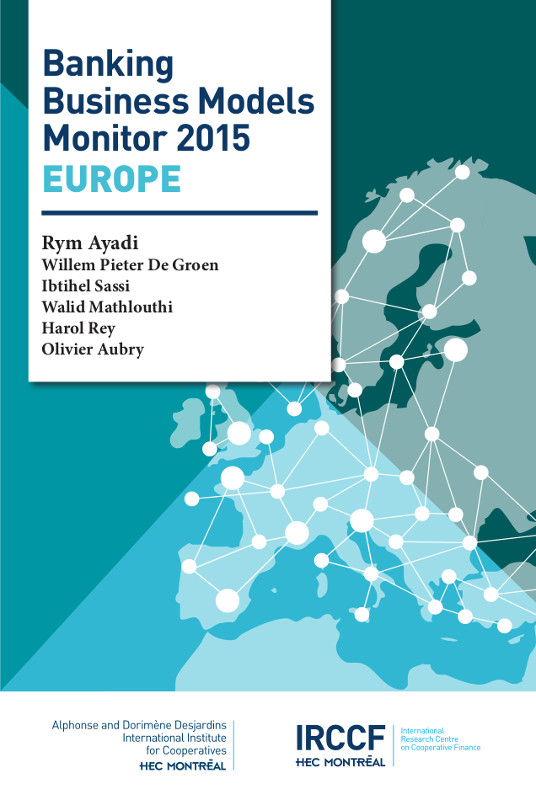 Since its launch in early 2016, The Banking Business Model Monitor 2015 (BBM Monitor) has proved to be a landmark publication. It was designed to be a comprehensive, analytical body of work which assessed the entire European banking sector, in light of the changing economic, legislative and supervisory environment – pre-and post the 2007-2009 global financial crisis.

I am pleased to report that BBM Monitor has subsequently been widely used as a source of reference by policy makers, the banking industry and in academic publications.

BBM Monitor was the first comprehensive report of its type, produced by the International Research Centre on Cooperative Finance (IRCCF) at HEC Montreal. It arguably placed the European Banking sector under its closest ever scrutiny by an independent academic research body.

It was published on the websites of IRCCF website and CEPS (The Centre for European Studies), the leading think-tank and forum for debate on EU affairs. From the CEPS website alone, the Monitor has been downloaded 6000 times.

Covering the years 2005-14, BBM Monitor set out to provide a broad cross section of people associated with the banking industry – employees, market professionals, depositors, creditors, regulators and supervisors – with a useful tool to better understand the nature of risk attached to different bank business models and how they contribute to systemic risk throughout the economic cycle.

The findings were unprecedented in their detail.  They related to key data from 2528 banking groups and subsidiaries of non-European banks, accounting for more than 95% of the EEA and Swiss banking assets.

BBM Monitor analysed the interaction between five separate bank business models and ownership structures, with the objective of providing a coherent approach for analysing bank behaviour.

The detailed findings resulted in new evidence about many key areas of European banking such as internationalisation, migration, financial performance and operational efficiency, contribution to the real economy, risk, resilience and robustness, as well as the response to regulation and supervision.

Overall, the results showed which types of bank were best prepared, or not, to withstand financial shocks, where structural vulnerability existed. BBM Monitor revealed that a diverse banking system was more resilient than a system that tended to converge towards one business model. Looking at how banking systems in individual countries fared, Belgium was highlighted. There, before the crisis, the investment bank business model was dominant. When the financial crisis hit, the Belgian banking system would have virtually collapsed had it not been for a massive government intervention, BBM said.

BBM Monitor also warned that investment banks in France, Switzerland and the United Kingdom were also on the watch-list to prevent having to deal with cases similar to those in Belgium.

It also shed light on the continuing misalignment of regulatory indicators, in particular the risk-weights and the Tier-1 capital ratio, to the underlying risks of European banks.

And it suggested that market perceptions were more aligned to the viewpoints of regulators, rather than to the intrinsic risk quality of the bank.

The Monitor concluded that transparency and public disclosure practices, which were largely comparable across business models and included many smaller banks, remained an important concern.

If one thing is clear, it is that continued monitoring of bank business models remains a priority. We are convinced this type of analysis can better equip regulators and supervisors with essential predictive power for detecting excessive risk accumulation at a system level, over a period of time.

With this in mind, our ultimate aim is to develop a Global Monitor of Bank and Credit Union Business Models, the next of which is due to be released imminently.

Meanwhile, for anyone interested in accessing the BBM Monitor 2015, the full report can be downloaded from this website and updated data available for researchers interested to have the 2016 classification.

Move Over Data, Brain Capital is the New Oil

How Resilient are the Healthcare Systems in the Mediterranean? Cases of Algeria, Jordan, Lebanon, Morocco, Palestine and Tunisia

Statement by EMEA President on Covid-19